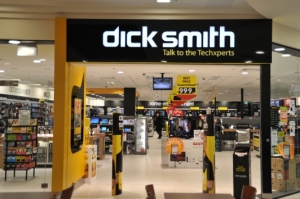 For those who don’t know, I live in Australia. It’s been a wonderful place for me to live, though lately we’re going downhill with our standard of living. (Though we still have wonderful conditions.)

One of the things that drive me nuts here, though, is our standard of service.

As long as I can remember, if a sales person doesn’t know the answer, they will simply just bullshit you, and the standard answer is:  We don’t have it so it doesn’t exist.

I’ve had this phrase said to me on many, many occasions, only to walk into a different store and find exactly what I was looking for.

This drives me crazy. Poor product knowledge is inexcusable, especially in an economy that is going south, and a culture where people are buying online because they can’t get the service they need.

This frustrating experience was, once again, ignited when I decided I wanted to upgrade my webcam.

Right now, I’m toying with doing something on Youtube and I wanted something that was good quality.

My only deal breaker was that it had to be able to be mounted on a tripod.

Now, as you may know, webcams are designed to sit on top of your computer monitor and generally don’t have the screw thread hole built in as a rule.

So I walked into Dick Smith on Friday, which is our Australian geek store and they had the Logitech webcams on special for 40% off, which brought the price down to below what I could get them online.

I told the sales staff what I was after, and was told no webcam they knew of could be tripod mounted. So I left to do more research.

The next day, I drove up to a plaza I knew well (Werribee Plaza in Hoppers Crossing), I went into a camera store and was told that they weren’t aware of any tripod that fitted any webcam. That was excusable as they don’t sell webcams, but they also lost out on any sale.

I then went into two stores. JB Hi-fi, and the Dick Smith there and once again asked the same questions, only to be told what I was looking for didn’t exist. 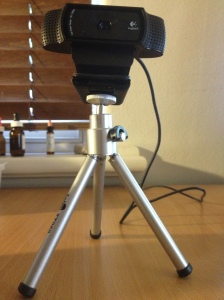 I decided to go ahead and buy one of the webcams anyway. It was a good price and I decided that if worst came to worse, I’d just make do. I bought a Logitech C920 (pictured) and figured I could just stick it to mini tripod with double sided tape or something.

When I opened up the package to look at it, I found that it had the thread hole for mounting. I was thrilled, but once again feeling frustrated with the lack of knowledge and bull that sales people have in this country.

So this is a call to all our Australian businesses.

Take a moment to find out if something you have can do what the client wants. Every time you don’t, you lose a sale and I will not be returning to your store. I would rather buy online, even if it cost me more.

Don’t claim products can do things that they can’t. That’s actually illegal in this country.

Don’t ignore your customers when they are looking for service. Too many times I have searched in vain for someone to help me.

When you do serve them, act as though you are at least competent or interested in me. Stop trying to fob me off at the earliest opportunity.

Do not bullshit me. I am not stupid.I will find out the truth, and I will never return to your store..

The media has been rife with retailers complaining that they are losing business to the net, and there should be a tax on products under a thousand dollars.

I don’t care if it cost twice as much online. If your service sucks, then I will not be your customer.

Once you had the advantage that we were isolated  on a very large island, and there was no competition.

This is no longer the case. I now have options and I will use them.

Stop whining about being hard done by and start looking after your customers. If you don’t, then you simply won’t be around to do so eventually.

As for the webcam, I am very happy with it.

7 thoughts on “My occasional rants: Customer Service in Australia or stop bsing me.”