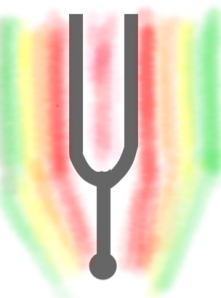 What is an Attunement?

Following on from my last entry, we’ll look at what attunement actually is, and then go into the process of attunement.

Every day we are faced with making decisions. Some are standard and trite ones such as: Should I get out of bed or sleep in and what should I have for breakfast today, or should I even bother?

You also have decisions on how you will respond to certain situations. They might be at work, with friends, strangers, or just uncommon or rare occurrences.

I look upon such decisions as opportunities for attunement.

But let’s first look at what that actually is.

From my personal understanding, attunement is bringing yourself to a place that resonates with who you are and who you wish to be. It’s also a method of allowing access to things, generally dimensionally based.

Interestingly enough, games like World of Warcraft used to use the word ‘Attunement’ as a way of describing the process that you needed to complete before you would be allowed into certain areas of the game. It used to be that if you had not performed all of the required quests and actions, you simply could not enter into some places. This is a fairly accurate representation of what attunement or attuning yourself is.

However, it seems that most seem to choose badly. The choices they make are generally poor.

Now, to be clear, I use the word ‘poor’ quite relatively. Poor or bad are decisions that take you away from that is desirable to you and a good decision is what brings you closer. Really, there are no right or wrong choices, it’s all just relative.

You can normally tell a bad decision when you are feeing anxious bad about it. Most tend to ignore what their feelings tell them, though. They don’t like what they hear, and generally logic triumphs over intuition.

The short term gains tend to be quite apparently, but not too many see the long term ones. Those who do rarely see it beyond their current life.

The attitude of Yolo (You only live once) is incredibly prevalent in this day and age. Most don’t believe in reincarnation even though there is plenty of evidence to suggest otherwise. Just as most don’t believe in the spirit world, and will ignore even their own experiences that such things are real. (It actually amazes me that the Omen series has very little interest, even though it’s exactly the kind of thing people are trying to look for.)

So people rarely look beyond their lifetimes. They figure that they can do anything they wish and not have any consequences later on. They believe that they can make deals and if they don’t honour or complete them in this life time, they are null and void when they pass away.

However, they are wrong. Any agreement made with two or more parties must have all parties agree to let it go before it can really be considered complete. Anything that is unresolved remains unresolved until it is resolved.

That means that it carries over from lifetime to lifetime. It keeps on bringing you back over and over again until you have fulfilled your agreement.

Trouble is that we don’t remember our past lives (and this is by design) and because of this, and because some belief systems and religious teach us that they don’t exist, we keep on making the same errors over and over again. People act as though they only live once every lifetime.

Generally, you can go by the rule, that if you make an agreement, you will eventually have to honour it. It doesn’t matter if you made this agreement in the 3D world (generally known as Earth) or the spirit world or in your mind, you will be soul bound to honour it.

So be very careful what you agree to or if you take an oath or a vow. They are all binding.

And while free will dictates that there are no karmic debts, it does not necessarily follow that it means you can choose it ignore agreements or get around them by sleight of hand.

They were made with free will and thus must be completed to the satisfaction of all parties concerned.

Next Thursday: The process of attunement – Part one

9 thoughts on “Creating your reality series: – What is Attunement? – Part one”